Hashim aka DESUE is without a doubt, one of the most talented DJ’s and producers of this planet. Hip-hop is in his blood. His story is tightly connected with BERLYN (see story), as he grew up in the same area as Diet, they were both friends and back in the day, they both explored the scene together. In the mid/end 90’s, at a young age of 18, DESUE got the parties going at the best hip-hop clubs of Berlin. His intuition for beats and flows, which get everyone out of their seats, has catapulted him to the top of the German hip-hop producers. In the beginning of the 2000’s, he produced his own album with Universal in which he collaborated with artists from overseas. Today, he’s working as the exclusive producer of Sido. If he’s not sitting in the studio, he’s already crafting his next beat, tours the country and shows todays’ kids what beats and scratches are. BOOK BERLIN is very excited to be able to represent one of the most well-known local patriots of the DJ scene.

You know my Steez 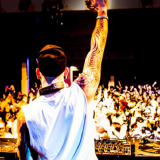 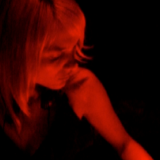