NOMAD does not categorize music, but expresses a massive interest and love for Polyrhythms and the African Drums and Percussion. He mixes electronic music with Tropical Sounds and African, Latin and Afro – influenced music from a wide range. He’s one of the biggest collectors of African and Tropical Dancemusic in Germany, and a reknown expert on West African as well as Southafrican Soul, Funk and Disco. As a Producer he’s breaking ground together with DIRK LEYERS with the transcultural EDM Project AFRICAINE 808. He is also the creator and producer of “VULKANDANCE”, which became a trademark for parties with unheard of transcultural dance music and amazing decoration in Berlin and worldwide. NOMAD is a regular at Berlin’s Disco Hotspots and has shook dancefloors from Iceland over L.A. to Hong Kong. 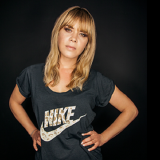 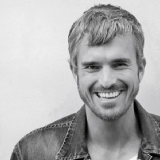