Smolface and Perez are the BEATHOAVENZ. For more than 25 years, the BEATHOAVENZ have shaped the hip-hop scene of Berlin. Whether as DJ’s or producers, with their countless numbers of success stories they were a source of inspiration to today’s hip-hop heads. Smolface was spinning records at the age of three already. Because he didn’t have the technology, he used the volume button of the amplifier as a crossfader to practice scratching. He built his first beats on a C64 and saved them to floppy disks. Like many others of the BERLYN network also Perry learned his craft at a time where DJ software did not yet exist. This can be heard, when he asks the crowd to bounce without any regards to losses. When it comes to technique, there’re hardly any better than them. The music studio is their home. 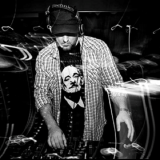 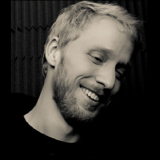